Portfolio > The Call of the Alluvial Empire 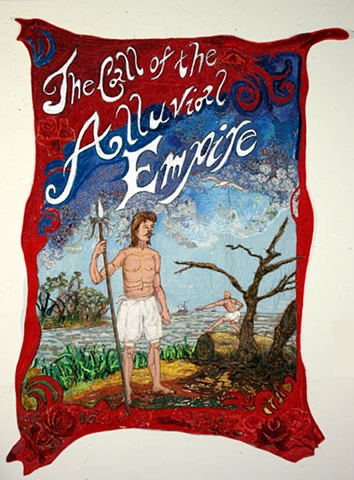 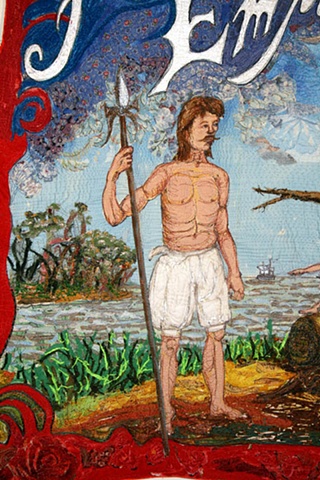 detail of The Call of the Alluvial Empire 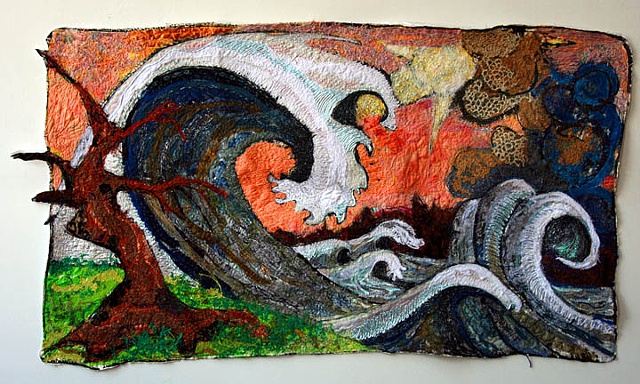 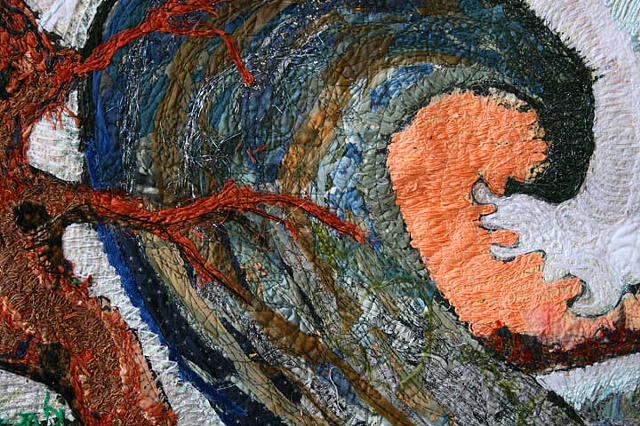 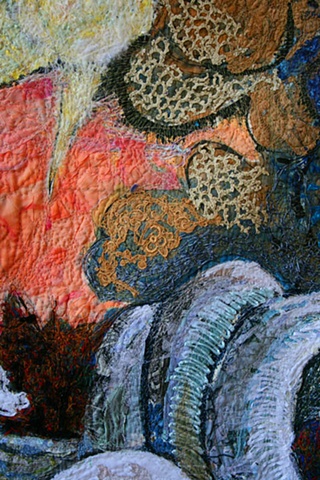 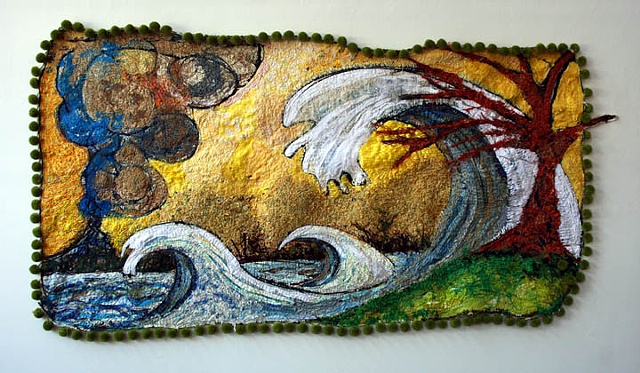 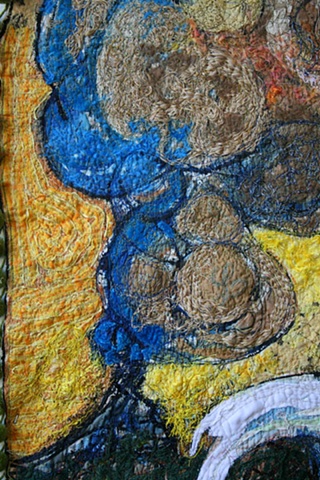 detail of Rogue Wave with Sidekicks 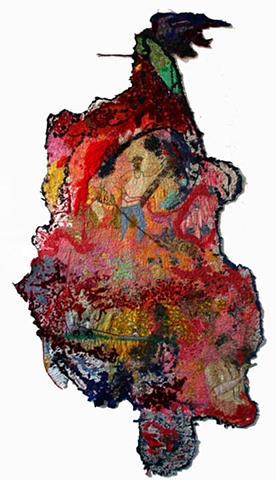 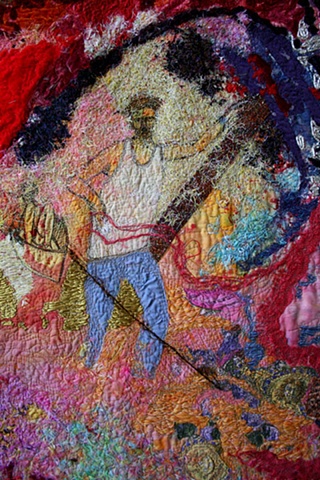 detail of The Arrow of time is a Lie 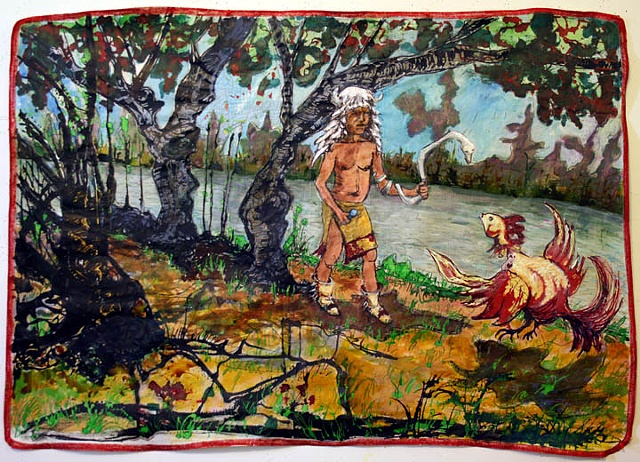 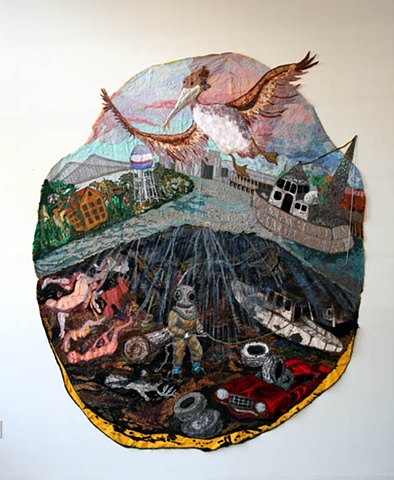 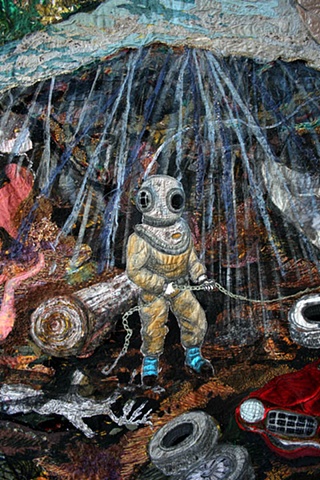 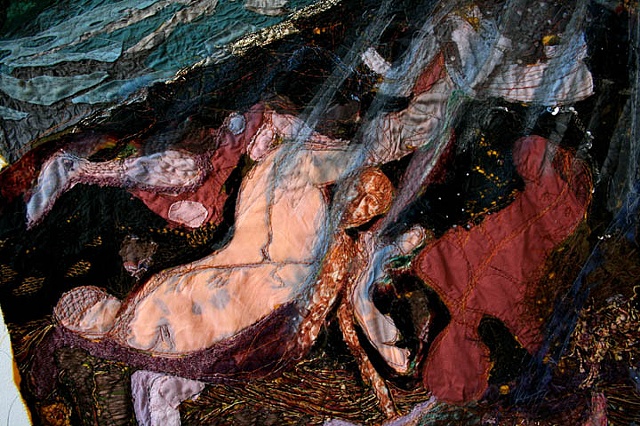 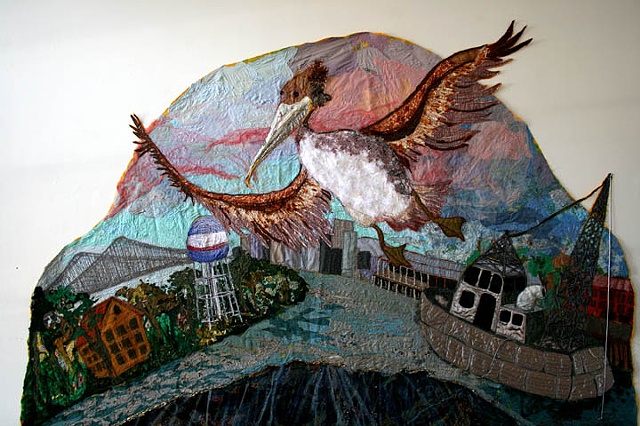 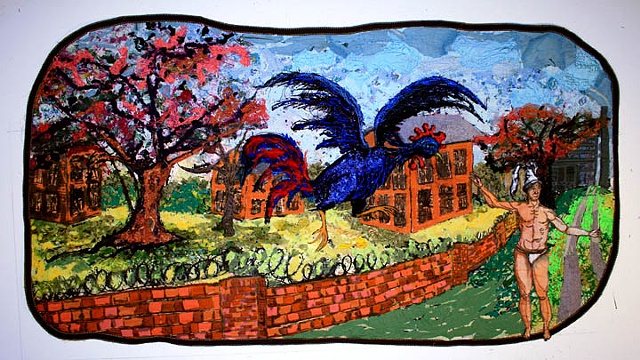 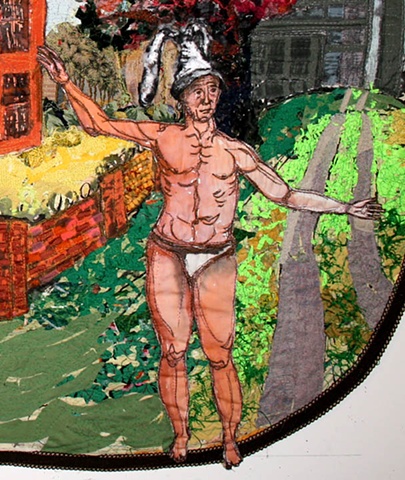 detail of Escape From Jackson Barracks...The Resurrection of Chief Jumper 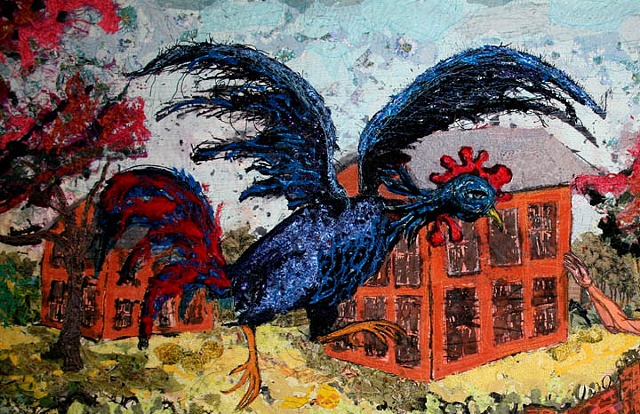 detail 2 of Escape From Jackson Barracks...The Resurrection of Chief Jumper

We all know that New Orleans is an absurd place to live. Naturally, we ask ourselves, “Why am I living here?” Almost in the same breath we find ourselves exclaiming, “I can’t imagine living anywhere else!” The imagery in this body of work embodies this conundrum.

The situation of our geography is at the heart of our absurd situation. In the show’s title piece, we find two hapless European colonizers hanging out at the very edge of the Delta…this is where it all begins…the very first of our kind coming to grips with the situation. “This land must be claimed?!” They bear the look of those who have come to the conclusion, “If you can’t beat ‘em, join ‘em!”

Salvage Operation blurs the continuity of time. An old-timey deep-sea diver attempts to pick up the pieces at the very bottom of the Mississippi as a modern New Orleans looms in the background. There doesn’t appear to be much worth salvaging. The imagery for this piece was inspired by several sources…one is John M. Barry’s book Rising Tide. His depiction of engineer James Eads’ early attempts to understand and control the river inspired the deep-sea diver. Another source of inspiration is the story of the Battle of New Orleans. The battleground is just down the road from my house. One little tidbit about the history of the site kept sticking in my mind…at some point there was a movement to properly bury the dead British, but it became apparent that the river had totally carved away the land that contained their mass grave…the land and the bodies were gone. Of course, Katrina’s flood water is also an obvious reference in this piece, even though the river was not the source of the flooding. Ultimately, a goofy pelican triumphs above it all.

“The Call of the Alluvial Empire” was a pamphlet created by the Southern Alluvial Land Association in 1919. Its goal was to attract labor to the Mississippi delta. Its role as a piece of propaganda serving the interests of Mississippi plantation owners is described in Rising Tide. There’s been an influx of “fresh blood” to New Orleans since Katrina…my husband being one of the newcomers. His/our experience in traversing our new life together in the post-Katrina, Lower Ninth Ward landscape is another theme embedded in this new body of work…our particular spot here at the crook of the Mississippi River and the Industrial Canal keeps showing up in my imagery. Ultimately, The Call of the Alluvial Empire features a rich narrative that blurs the boundaries of time and interweaves personal history and local history.