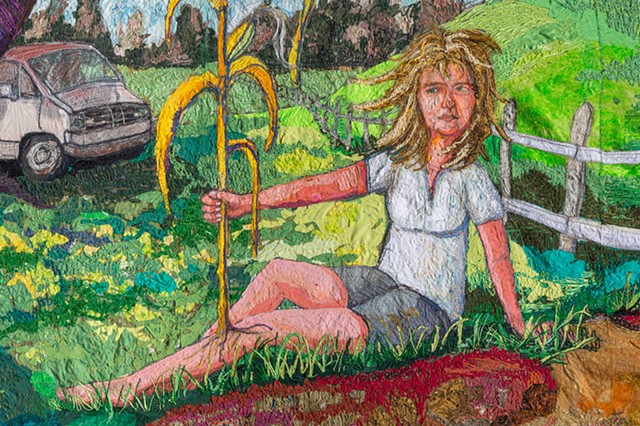 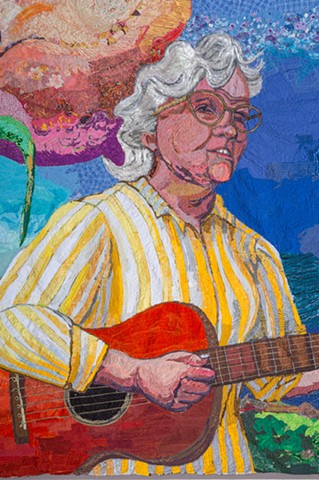 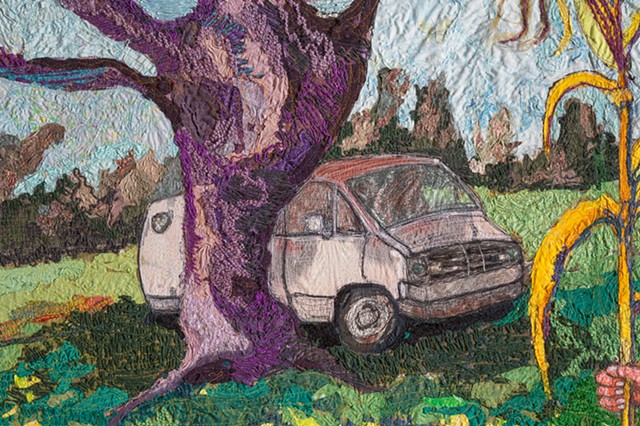 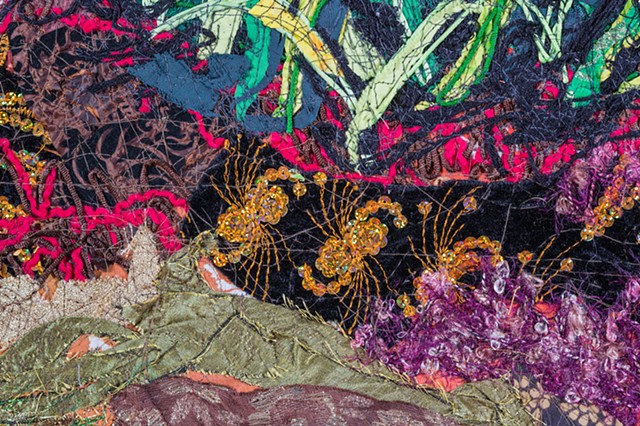 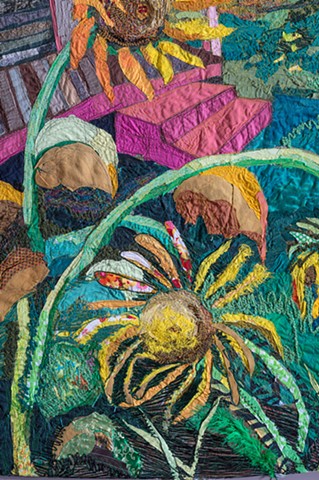 It seemed like my cousins and I spent our whole summer out in the yard, building clubhouses and digging a huge hole we christened “Fort Dirt Hole”. We tackled the bulk of the work using grubbing hoes and then switched to kitchen spoons for the finer work which involved carving caves and tunnels into the sides of the hole to house our Star Wars figures. (We referred to them as Star Wars People). We spent more time on the digging and carving than the actual play-action time with the figurines. The hole would turn into a small lake when it would rain and then we’d go on patrol around the perimeter…I think this is how the militarized “fort” moniker took effect.

I grew up with a young mother and her even younger brothers and my grandparents in rural Central Kentucky. My grandmother functioned as our epicenter. She was a wholly creative person. She sang, played guitar, wrote poetry, made art and grew gardens. Rather than scold us for tearing up the yard, I think she saw the artfulness of our endeavors. She turned a blind eye to the perpetual loss of spoons from the kitchen.

Inevitably, someone would say “you’re so dirty, you’re gonna grow corn out of your ears!” I thought about how amazing that would be…to be able to grow a vegetable on my own body! One summer day, while hanging out by Fort Dirt Hole by myself, I indulged in an experiment that I knew, deep down, was silly. I caked a bunch of mud on my leg and stuck some corn kernels in to it and sat there and waited to see what would happen. Of course, nothing happened, but for some reason, it’s a memory that’s always stuck with me. I think because it was an early exercise in transcending boundaries…letting my imagination take me somewhere absurd. Now I see that as early training in the process of becoming an artist.

In Fort Dirt Hole, I’ve created a narrative that captures some of the elements of these early memories. Instead of depicting myself as a nine year old, I used a recently-found photo of myself from high school as a reference. I’m sitting by Fort Dirt Hole and the corn stalk has actually taken root and grown from my leg. I’m looking at it somewhat warily and holding it with an outstretched arm that seems to convey, on one hand, some misgivings for having been so firmly rooted by it and, on the other hand, a defiant planting-of-the-flag kind of stance. This stance speaks to the condition of being rooted, and the benefits and disadvantages inherent in rootedness.

On the far right side of the composition is my grandmother. She’s singing and playing guitar and her scale is enormous. She seems to be walking out of the frame of the picture. Between the left side and the right side, there’s a big shift in scale. The cornstalks on the left side of the piece are towering; they’re even bigger than the live oak tree that’s behind my figure.

Time feels like it’s wrapping into itself in this piece. The landscape itself is a hybrid of my Kentucky home and New Orleans, my adopted home for 18 years. The house itself is more New Orleans-like and there are certainly no live oak trees in Kentucky. The water tower is a reference to a water tower here in my Lower Ninth Ward neighborhood and the hill that divides the left and right side seems to be as much a reference to the earthen levee in front of my house as it is to the rolling hills of Central Kentucky. I look a lot like my grandmother and it feels like my grandmother’s portrait is a portrait of my future self. My 42 year old self, a product of growing up in rural Central Kentucky and now dedicated to my adopted, Southeast Louisiana home…is implied in the space between.