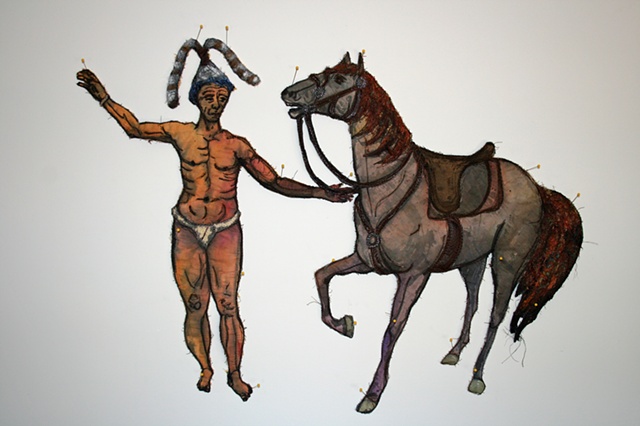 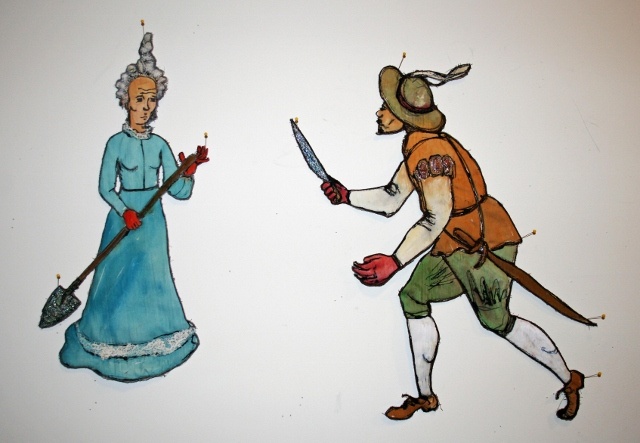 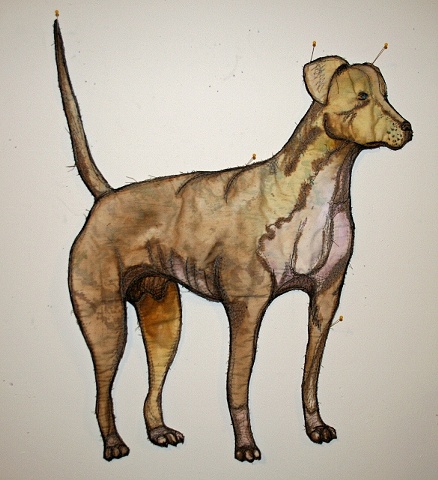 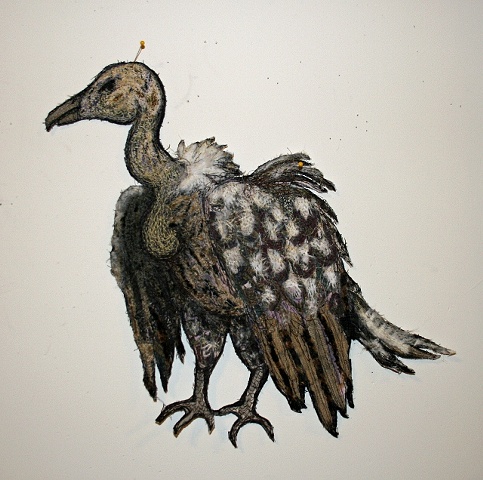 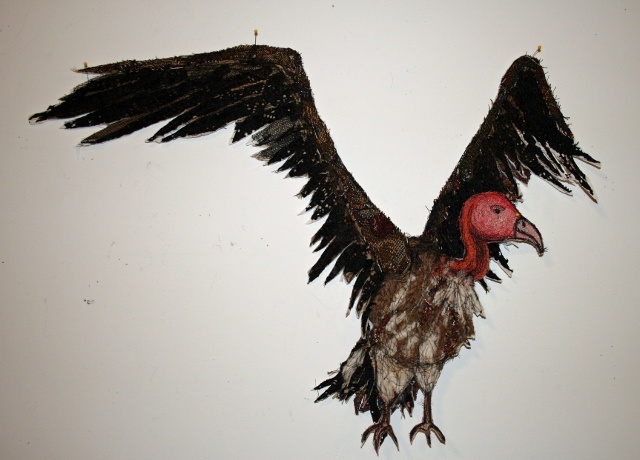 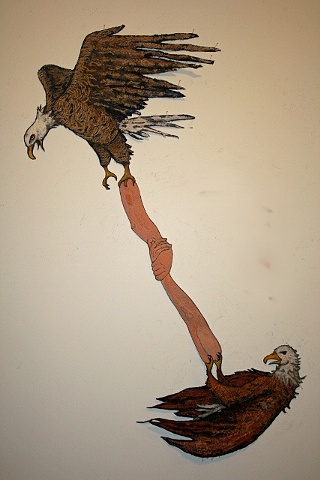 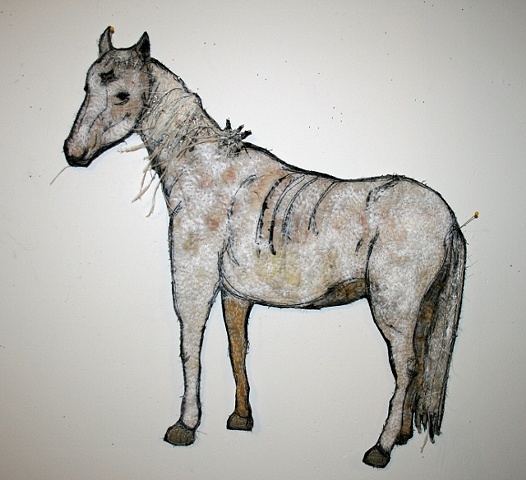 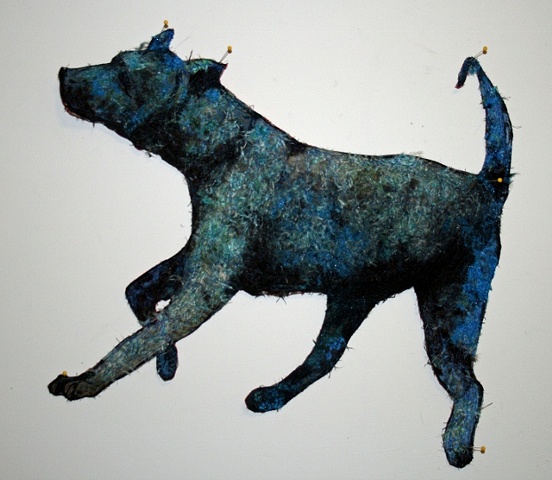 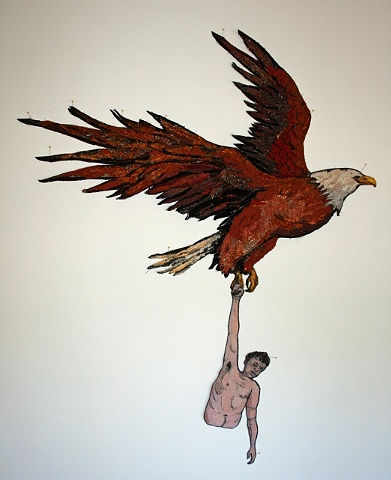 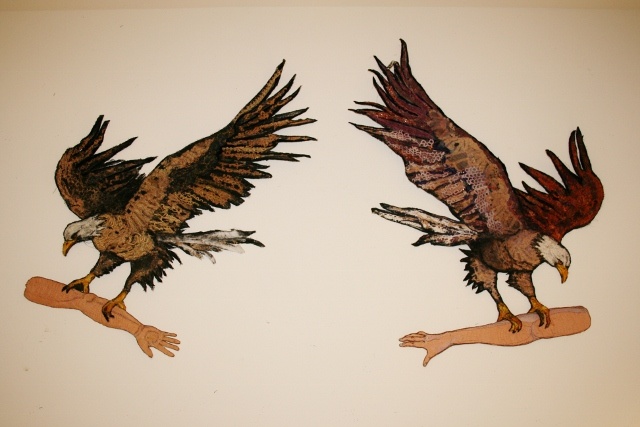 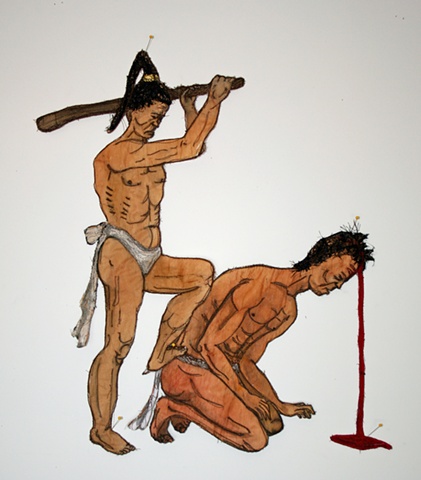 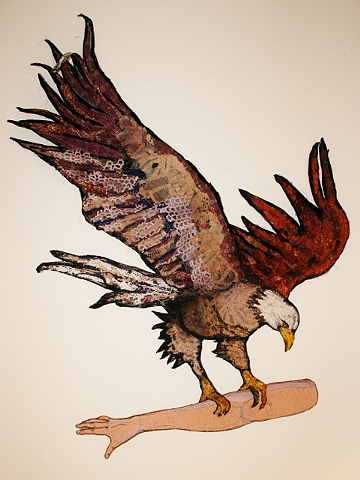 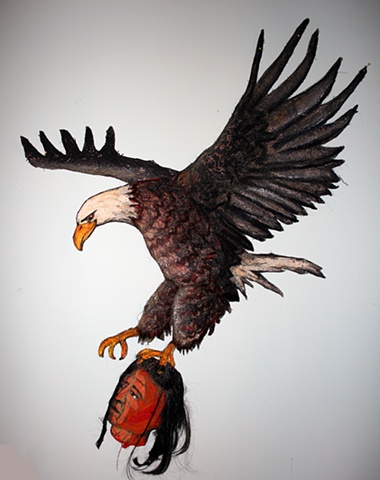 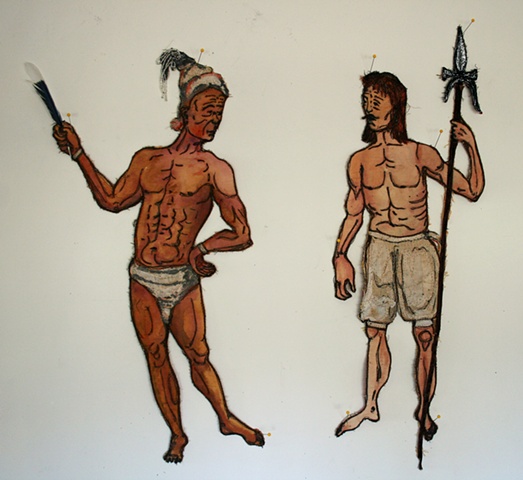 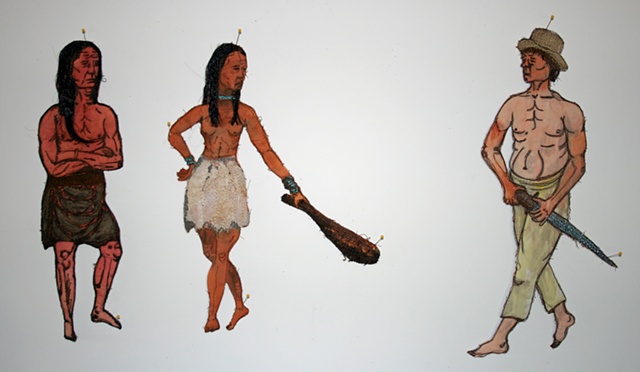 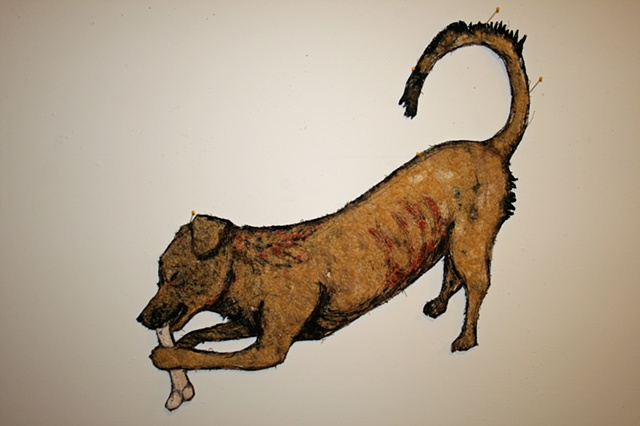 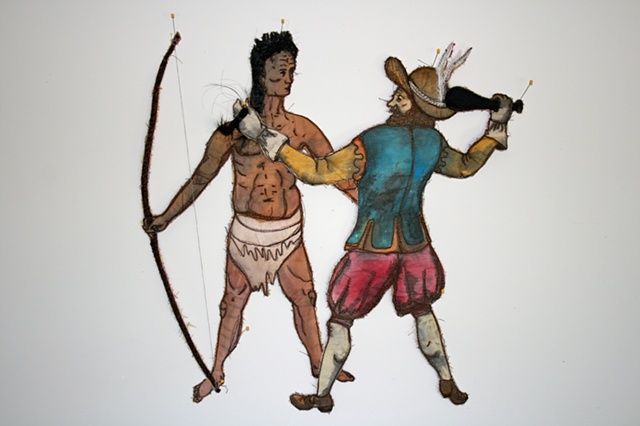 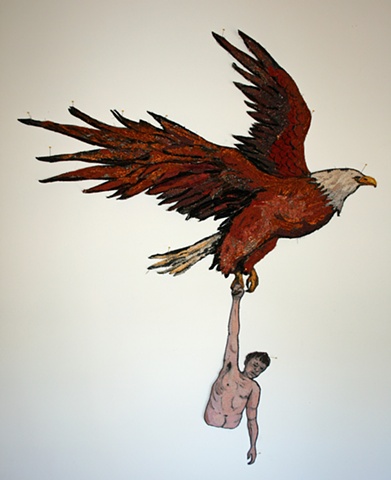 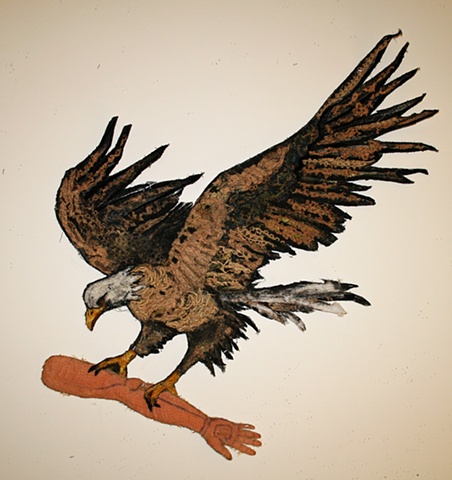 Ultimately, Heroes and Villains is about dualism…the great complement of benevolent and malignant forces. It’s also about:

opportunism Schadenfreude othering betrayal westward expansion triumph of nature over human folly making lemonade out of lemons if you can’t beat ‘em, join ‘em! picking up the pieces a grand scheme…a master plan attraction/repulsion domination/vulnerability mortality sex I have to give credit to three sources of inspiration for this body of work:

Theodorus de Bry was a 16th century, Belgian engraver who published several books illustrating the New World. His depictions of Native Americas were not based on firsthand observation. He relied on the descriptions and sketches of various explorers to create a fabricated vision of the Americas.

Heroes and Villains is the name of one of the songs co-written by Brian Wilson and Van Dyke Parks on The Beach Boys album, Smile. Smile is a surf-rock opera about the significance of westward expansion in the formation of American identity.

Richard Campanella’s work, especially Time and Place in New Orleans: Past Geographies in the Present Day, describing the confluence of geography and human occupation in Southeast Louisiana, continues to fuel my imagination.