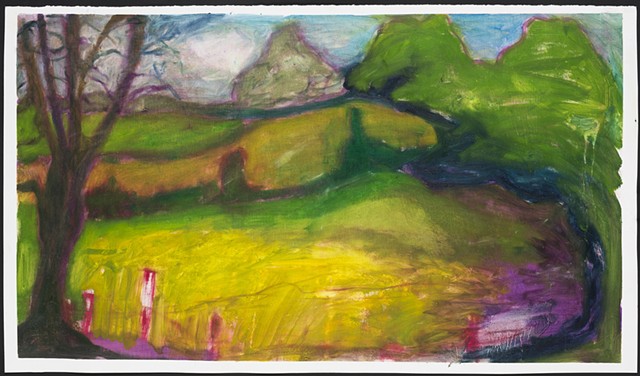 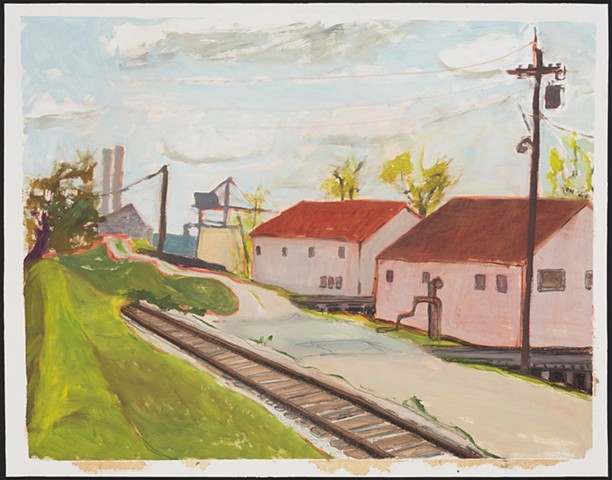 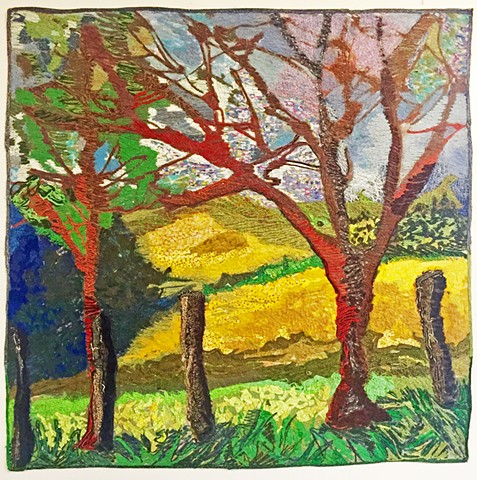 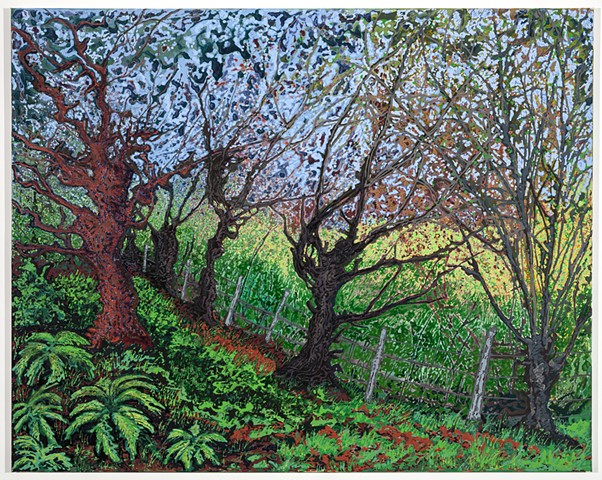 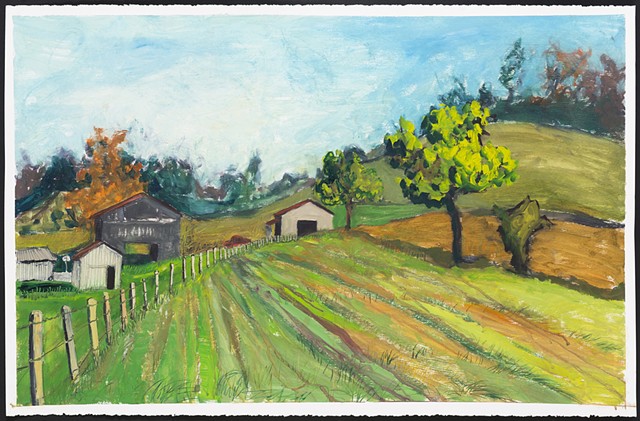 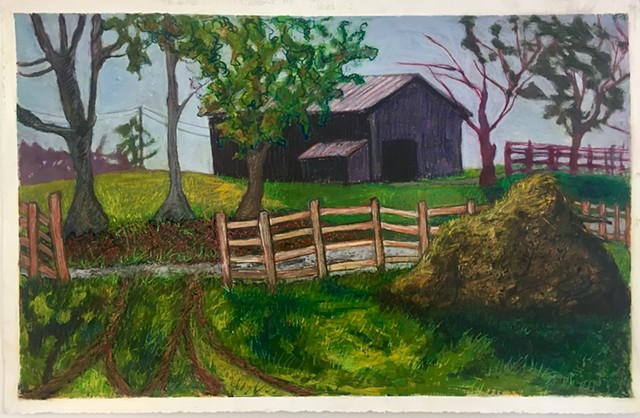 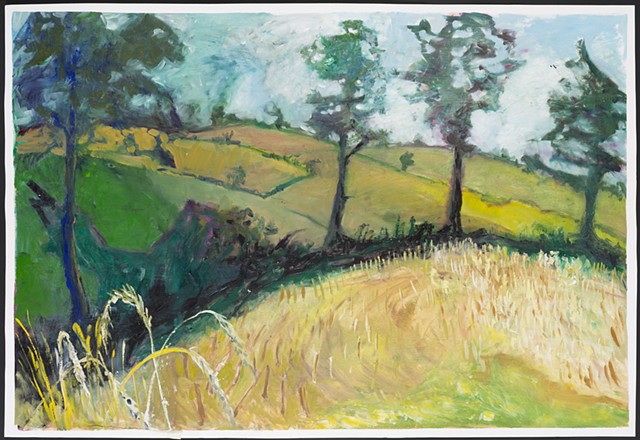 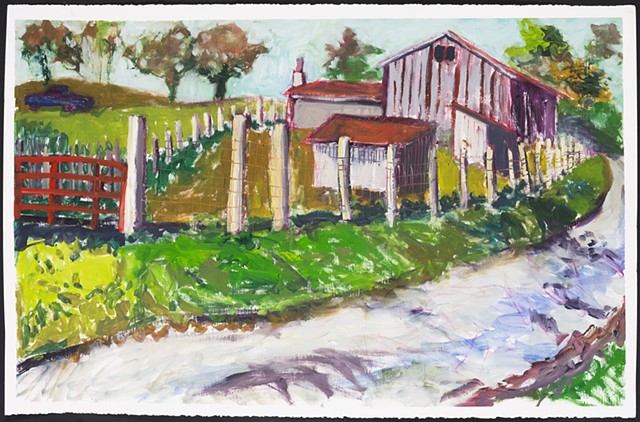 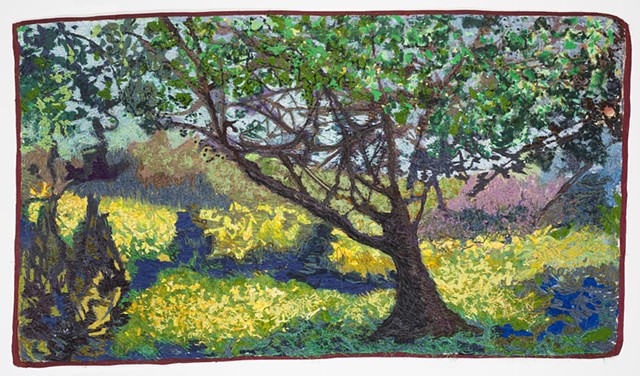 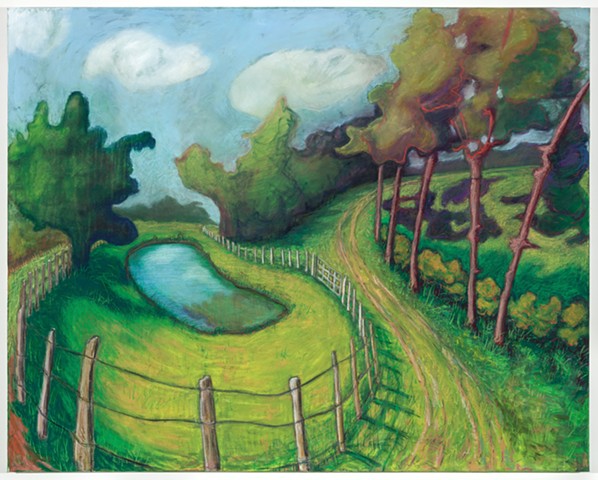 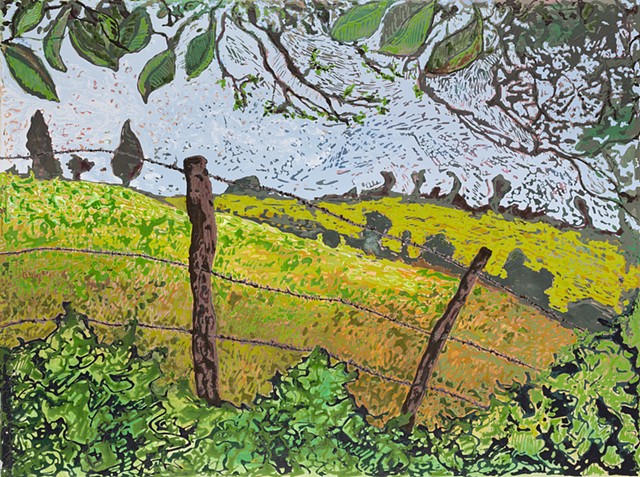 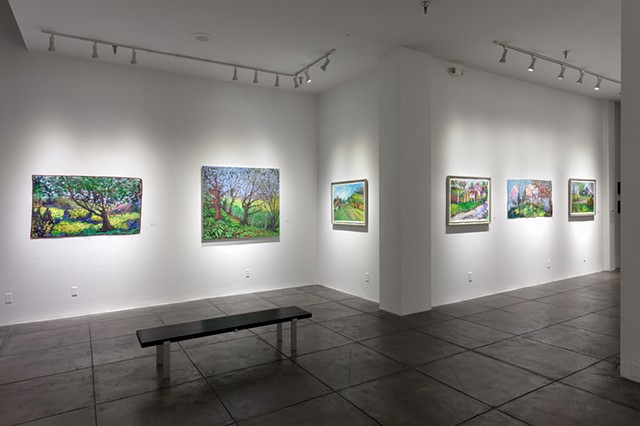 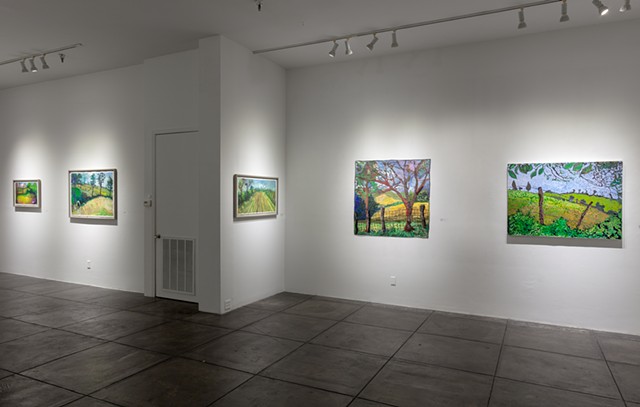 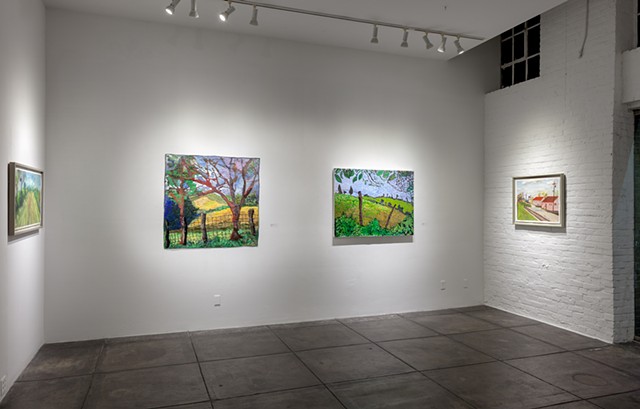 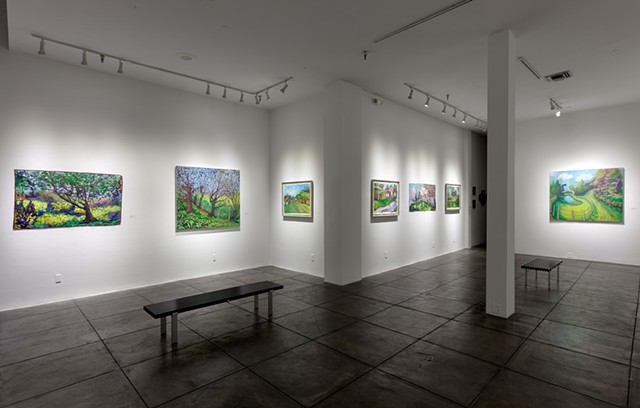 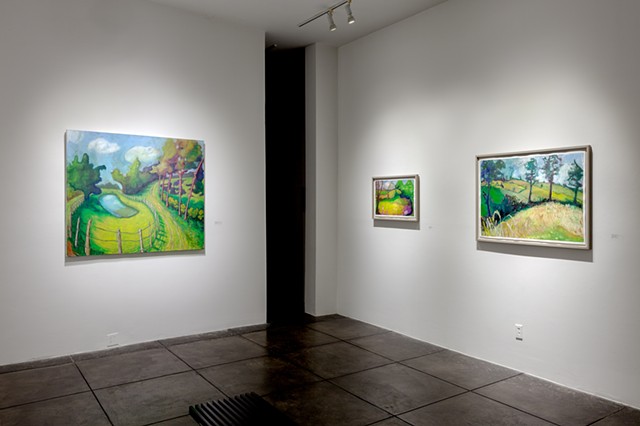 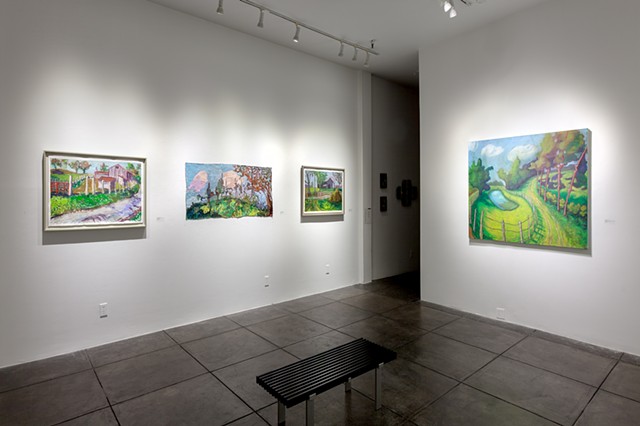 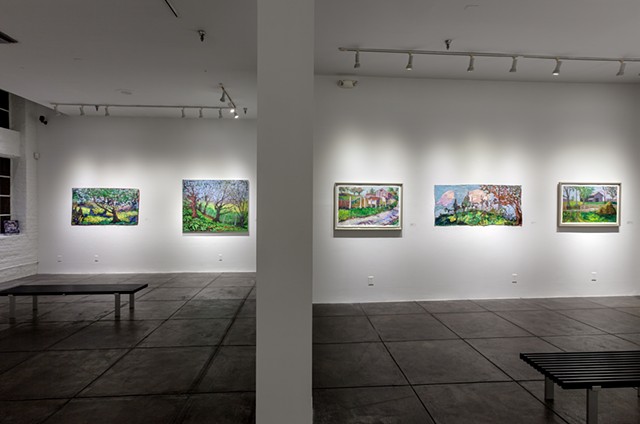 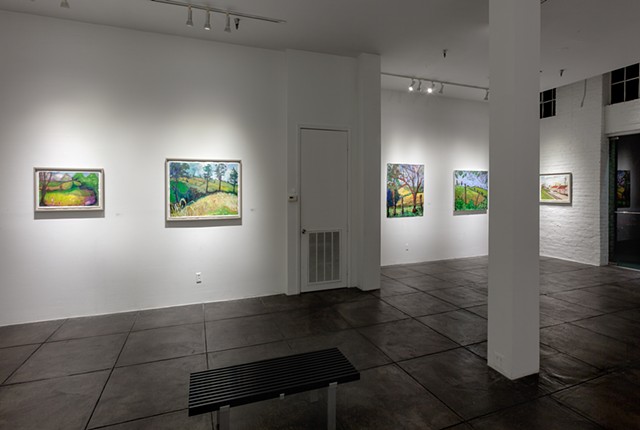 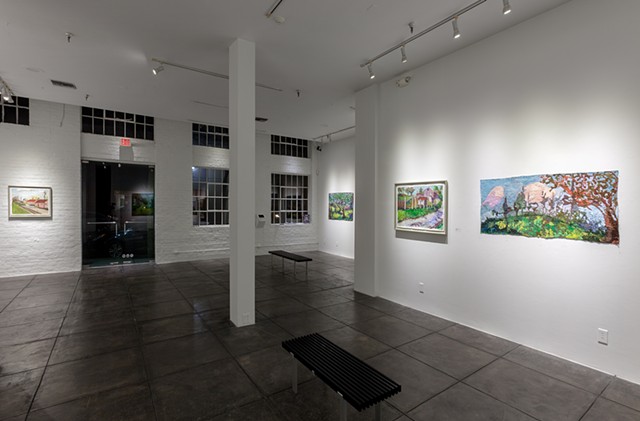 Last summer, I was awarded a residency based in Briant, a small village located in the Brionnais region of France. I spent a week in Paris before the residency began. I filled my days visiting museums, paying close attention to Impressionist, Post-Impressionist/Synthetist masterpieces; especially certain works by Paul Gaugin and Paul Serusier.

I rented a car and drove out of Paris, headed to Briant. My goal was to spend my time in Brionnais painting landscapes, en plein air. I had never driven in a foreign country before, so I was a bit nervous at first. But after a couple of hours, I veered off onto the back roads and was awestruck by the seemingly never-ending, breathtaking vistas. There were amazing compositions to be had just about any direction I looked. Before long, I was feeling one with the tiny Citroen I was driving, and I was thoroughly enjoying zipping around the hilly landscapes dotted with fluffy white Charolais cattle, stone fences and villages anchored by Romanesque churches.

I quickly settled into a routine; waking early, drinking tea with Julie (founder of the residency, Incident.res), and then heading out to drive around the nearby countryside to find a spot to paint. It had been a few years since I painted landscapes from observation, and I was worried I might be a little rusty. But as soon as I started painting, I felt a meditative attunement in the process of capturing the scenes before me. I was surprised to find striking similarities between the farmland of Brionnais and the farmland surrounding my Central Kentucky home; the rolling hills, pastures divided by stone fencing and gravel lanes lined with gnarly trees growing into barbed wire fencerows.

Last fall, I went home to Madison County, Kentucky and continued the series. This was a bittersweet time for me, because my grandfather, Sterling Moberly, was in failing health. Pawpaw and I were motorcycle riding buddies when I was in my early twenties. He would chart our course, traversing miles of backroads. The landscape was characterized by big black tobacco barns, creek-rock-studded streams and soaring vistas hugging the tops of rolling hills. We always made a couple of stops along the way. Pawpaw told stories about the people and places of his youth while we drank the RC colas he’d packed for our ride.

Upon returning to my studio in New Orleans, I elaborated on the imagery that began as plein air oil paintings on primed paper. Three works are textile pieces created using a longarm sewing machine. These pieces began as a washy, acrylic underpainting on muslin. Various fabrics, thread, satin cording and yarn are then appliqued on to these surfaces. The works on canvas are also a hybrid of media and began with an acrylic underpainting on muslin. I adhered the muslin underpaintings to canvas and then applied multiple layers of Golden Fluid Acrylic paint to the surface using Fineline Precision Applicator squirt bottles. The line quality of these paintings bear a striking resemblance to the line quality of my textile work. Finally, one painting, La Goutte, began as an acrylic underpainting and was finished with oils.

While home last October, there was a particular stretch of road I wanted to paint, but I couldn’t remember how to get there. I described the vista to Pawpaw and he immediately knew the spot I was trying to find, and was able to give me detailed directions. It’s called Crow Valley. Pawpaw passed away six weeks after my visit back home. Crow Valley is dedicated to him.